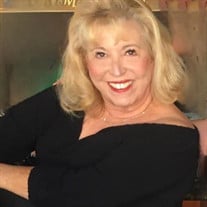 Phyllis (Pearl) Astrov, of Dublin, Ohio (formerly of Pittsburgh, Pennsylvania) passed away on May 30, 2022. Preceded in death by her parents, Harry and Betty Pearl; brother, Arnold Pearl; and sister, Faye Schwartz. Survived by son, Harry-Todd (Lydia) Astrov; sister, Sylvia Plevin; granddaughter, Ariella Lopez-Astrov; and niece and nephews, Betty Van Baalen, Larry Plevin and Bill Plevin. Phyllis was also survived by many close friends who she referred to as her angels. In her adolescent years, Phyllis and little sister, Faye (Faggy) would take the streetcar to downtown Pittsburgh department stores where she developed her keen eye for style and markdowns. She also developed her ability to raise the service standards of all of those store employees she would meet. Professionally, she spent most of her working life in various sales related jobs. Her biggest job though was raising her son, Harry-Todd, which she pretty much did on her own. She instilled in him the single-minded goal to pursue an advanced education and worked very hard to make sure he had the means to do so. After he became more independent, she turned her considerable energies to worrying about and showering love and attention on her many, many friends. Some found her distinctive voice to be loud, most found it to be the source of a one-of-a-kind personality filled with the ability to turn a dull day bright. A Memorial Service will be held at 10:00am, Friday, July 22 at Congregation Beth Tikvah, 6121 Olentangy River Rd, Worthington. In lieu of flowers, donations in Phyllis’s memory may be made to the charity of your choice.

The family of Phyllis Astrov created this Life Tributes page to make it easy to share your memories.