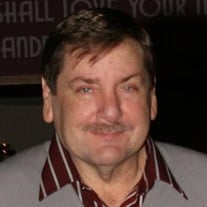 NORMAN A. SHAMIS, 68 Norman A. “Norm” Shamis, 68, of Westerville, Ohio, passed away peacefully, Saturday, April 8th, 2017 surrounded by his family at Kobacker House following a 20 year battle with complications from diabetes. He was born December 2nd , 1948 in Cleveland to the late Morris and Evelyn (Bernzweig) Shamis. He graduated Cleveland Heights High School in 1967. Norm is survived by his loving and devoted wife Donna (Diehlmann) who will continue to celebrate his life with each passing day. They were married nearly 45 years after initially meeting in college in 1970 at Ohio University. He had a successful career in sales working in industries from electronics to toys for prestigious companies like RCA, Sony, Little Golden Books/Western Publishing and Landoll/Mohican Press. Norm loved to cook for his family and to prepare his home as an entertainment hub for all lucky enough to visit. He was Rotarian of the Year, Chair of the Westerville Independence Day Parade, the Rose Sale and the Fish Fry as well as the Buckeye Gymnastics Booster Club President. He was an avid outdoorsman, a big time Ohio State fan, as well as a die-hard Columbus Blue Jackets supporter but would watch any hockey game just to see a good fight. The man filled each day with so much irreplaceable laughter and love and looked forward to any time he was blessed to spend with his beautiful grandchildren: the lights of his life for the last ten years. In addition to his wife, he leaves behind his son Mathew (Jill) Shamis of Medina and daughter Amanda (Kevin) Flannery of Westerville/New York City; three grandchildren (Carter & Julia Shamis, Shamis Flannery), his sister Marlene Colbert, his brother Barry (Sue) Shamis, his brother-in-law and sisterin-law Phil and Shirley DeLong and his many nieces, nephews and cousins. He was preceded in death by his parents, brothers-in-law Keith Diehlmann & Warren Colbert and sister-in-law Patricia Diehlmann; additionally, nephew Ben Shamis left us too soon on the exact same day 12 years ago and to whom Norm owed the final 12 years of his life. In lieu of flowers please visit DonateLifeOhio.org and register to be a hero the way Ben was. The service will be at 11:00 am on Thursday, April 13th at Epstein Memorial Chapel at 3232 E. Main Street, Columbus, OH 43213. Also, a Celebration of Life will be held from 1:00 to 3:00 pm on Thursday, April 13th at The Barn at Rocky Fork Creek at 1370 E. Johnstown Road, Gahanna, OH 43230.

NORMAN A. SHAMIS, 68 Norman A. &#8220;Norm&#8221; Shamis, 68, of Westerville, Ohio, passed away peacefully, Saturday, April 8th, 2017 surrounded by his family at Kobacker House following a 20 year battle with complications from diabetes. He... View Obituary & Service Information

The family of Norman A. Shamis created this Life Tributes page to make it easy to share your memories.