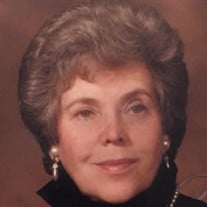 Natalie Barbara Klein Kalette, July 16, 1925 – December 4, 2017. Natalie was a loving wife, daughter, mother, grandmother, sister, aunt, cousin, and friend. She was a 1943 graduate of Newton HS, Newton, MA, and a 1947 graduate of Syracuse University, Maxwell School, majoring in sociology and psychology, with a minor in voice. She volunteered while in high school at the Newton-Wellesley Hospital, and while at SU with the “Tiger Patrol” at Elmcrest Children’s Center. She was a member of Phi Sigma Sigma Sorority and did social work following graduation; and was also a member of the NAACP. Natalie was a long time active member of Temple Concord, having served on the Temple’s board of education; Sisterhood board, and was co-advisor with her husband Henry “Hank” for 13 years to the CNYFTY –TYCON Youth Group, until 1982. They were affectionately known as “Mommy and Daddy Kalette” to hundreds of teenagers in the region. As Temple Historian for many years, she created 32 scrapbooks 24 of which are on microfilm at Hebrew Union College Archives, Cincinnati, OH. She authored the Temple’s 140th and 150th histories and created yearly historical exhibits. She was historian for the youth group and seniors “Prime-Timers” group. She became an adult Bat Mitzvah in 1988. Natalie was president of DeWitt Women of Rotary and when women were invited to join Rotary International she became one of the first female members, joining her husband January 24, 1991 in the Rotary Club of DeWitt. They traveled often with Rotary including overseas. She was club historian 14 years, had over 14 years perfect attendance, and was a Paul Harris Fellow. She volunteered at the Samaritan Center and with Salvation Army Kettle. She was active on the Board of Jewish Family Services, and with Hank was honored in 1990 with the Humanitarian Award, the first couple so honored. She was a board and life member of both Hadassah and National Council of Jewish Women in Syracuse and a board member of Beit Haverim. She and Hank were original subscribers to the Famous Artists Series, and Syracuse Symphony. She was a two-term member of the Symphony Guild Board, and created the “Say It With Music Fund.” She had a lovely singing voice, and often sang solo with the Harmonettes, played piano, loved Broadway and opera and knew lyrics to hundreds of songs. She was an active member and historian for the Meadowbrook Creek Association. Four of her scrapbooks are housed in the Onondaga Historical Society Archives. She was an antiques dealer and owner of Natalie’s Antiquarium located at the family business Lyndon Lawns Casual Furniture Store, Fayetteville, where she also worked sales until it closed in 1993. She remained a long-term member of Onondaga County Antiques Dealers Association and never passed up an “antiques” sign. She also proctored exams for the State of New York. Natalie was a frequent letter writer to the Herald-Journal, Post-Standard and Jewish Observer indicating her thoughts and concerns for the community, world and social justice. She was a member of Great Decisions group. She was always grateful she saved a 4 year-old girl and a friend’s son from drowning at the John Milton Pool. She was a life-long collector of famous quotations, the family historian, and an avid gardener especially tending to her roses, lilacs and birch trees. Also a great cook in the Gourmet Club and she liked her Harvey’s Bristol Crème Sherry. She was preceded in death by her loving husband of 61 ½ years, Henry “Hank” Kalette; her parents Ethel and “Bud“ Meyers; and Henry Klein, and her sister and brother-in-law Joy and Joe Silverman. She is survived by her brother Howard ( Elaine) Myers, her children Stephen (Debra) Kalette of Cleveland, OH, Linda (Howard) Schottenstein, of Columbus, OH, Keith Kalette (partner Carole) of Fayetteville, NY; grandchildren Lauren Kalette, Daniel (Taryn) Kalette, Rebecca (Michael) Epstein, Michael Schottenstein (partner Naava), Anna Schottenstein, Joshua Kalette, Zachary Kalette (partner Danielle) and Rose; great-grandchildren Livia, Alexander and Eli Epstein, wonderful nieces, nephews, cousins, and dear friends.Funeral services will be held in Syracuse, NY. Shiva will be observed at the home of Linda and Howard Schottenstein on Sunday at 5pm and Tuesday at 5pm.

The family of Natalie Kalette created this Life Tributes page to make it easy to share your memories.