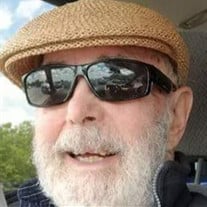 A lifelong resident of Columbus who never lived more than a block from Broad Street, Marvin Bonowitz died peacefully surrounded by his family on August 20, 2018. He was 90. Marvin graduated from East High School and The Ohio State University (where he played in The Best Damn Band in the Land) and went on to study nursing at the Bellevue Hospital School of Nursing at New York University, becoming one of Central Ohio’s first male nurses, if not the first. He put that career on hold to help run his family’s store, Vernon Tailoring & Clothing Company in the Mount Vernon neighborhood, and later owned the Top Drawer Men’s Shop in Bexley. He returned to nursing, serving on the faculty of the Grant Hospital School of Nursing and eventually retiring from The Ohio State University Hospital. His contributions to the Columbus Jewish community began with his wooing of and marriage to Anne Schiffman of Brooklyn. Marvin mentored numerous Russian emigres to Columbus in the 1970s and 1980s, making introductions, finding jobs, and producing a bilingual monthly newsletter with professional and cultural tips for the new Americans. He also compiled oral histories for the Columbus Jewish Historical Society and authored Messages from the Past and Mount Vernon Avenue: Jewish Businesses in a Changing Neighborhood, 1918-1999. Marvin was an active member of Congregation Tifereth Israel where he served as the leader of the ushering committee as well as on the Chevra Kadisha (Jewish burial society). Marvin’s love of music and theater led him to be one of the first Jews in Players’ Club, but he resigned in 1957 when the group would not allow racially integrated audiences or casts. He went on to found the Columbus Community Theater, Central Ohio’s first integrated amateur theater organization, and was a founding member of Gallery Players. Always a fine pianist and gifted musician, Marvin performed into his eighties with a troupe of volunteers who entertained at nursing homes throughout the city. With progressing Alzheimer’s, Marvin’s in-person concerts came to an end, but in his final years he developed a following through sometimes candid Facebook videos posted by his daughter, Susan, and son Abe. Those performances also documented the progression of his terrible disease. Despite losing his memory and later his words, Marvin never lost his calm, loving, and peaceful demeanor. Marvin is preceded in death by his parents, Abraham and Fannie, and his sister, Roselyn (Margulies). He is survived by his wife, Anne; children Al, David, Abe (and daughter-in-law Beth Wood), and Susan; and grandchildren Sppencer and Austin Eppstein and Isaac Bonowitz. The family extends its heartfelt thanks to the staff and nurses of Heartland Hospice Services, especially nurse Megan Simpson, who were so helpful in Marvin’s final year. Funeral services will be Wednesday at 1:00 PM at Epstein Memorial Chapel, 3232 E. Main St. Burial will follow at New Tifereth Israel Cemetery, 2565 Performance Way. In lieu of flowers, donations may be made to Congregation Tifereth Israel www.tiferethisrael.org, the Columbus Jewish Historical Society www.columbusjewishhistory.org, or Gallery Players at the Jewish Community Center www.columbusjcc.org. Shiva, except on Saturday, will be observed at the Bonowitz residence through Tuesday morning.

A lifelong resident of Columbus who never lived more than a block from Broad Street, Marvin Bonowitz died peacefully surrounded by his family on August 20, 2018. He was 90. Marvin graduated from East High School and The Ohio State University... View Obituary & Service Information

The family of Marvin H. Bonowitz created this Life Tributes page to make it easy to share your memories.

A lifelong resident of Columbus who never lived more than a block...