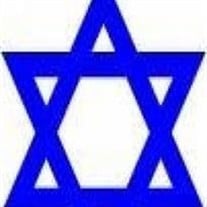 Joyce Simon, 90, passed away peacefully on Thursday, February 28, 2013. She was born and brought up in Bridgeport, CT July 16, 1922, daughter of Julius and Ida Smith, of Blessed Memory. Joyce graduated from Ohio St. University in 1944. She moved to NY to pursue a career in retailing and became the handbag buyer at Bloomingdales before becoming the handbag buyer for the Macy Corporation. In 1954 she moved to Atlanta with her husband Bernie Simon and became very active in The Temple Sisterhood. Besides participating in most Sisterhood programs and co-chairing the Gift Shop, she was Treasurer for several years. In addition she was an active member of B’nai Brith as well as the National Council of Jewish Women, where she chaired the Council Thrift Shop. Joyce also volunteered for years with the Atlanta Ballet, marketing their performances and later became President of The Standard Club Ladies Golf Association and co-chaired the Entertainment Committee. Besides being a Life Member of the Auxiliary of The William Breman Jewish Home, she volunteered in the Jewish Home Office. Joyce helped Bernie develop their business, The Little Fawn Co. and Saas Glass and actively worked there for many years. At the age of 76, she worked part-time in the marketing department of a local publishing company responsible for Where Magazine and Plan Your Meetings. After the death of her loving husband of 59 years, Bernie, in 2008, she moved to Columbus, OH to be near part of her family. Since living at Creekside at the Village, Joyce has made many friends and really become a part of the Columbus community. She participated in all of the activities that Creekside offered and loved to play "Maj", Canasta, and Rummikub with her"gal pals." Cheering on the "Buckeyes" football team was a weekly event that she looked forward to. Joyce is survived by her daughters, Susan Silber (Harold) of Knoxville, TN and Ronnie Perlstein (Alan) of Columbus, OH; grandchildren, Adam Silber of St. John, US Virgin Island, Lance Silber of Knoxville, Paige Perlstein of Columbus, Kenny Perlstein of NYC, and Michael Perlstein (Julie) and their children, Dylan and Grant of Washington DC. Memorial service will be held at 4:00pm on Thursday, March 7th at CREEKSIDE AT THE VILLAGE, 2200 Welcome Pl. In lieu of flowers, memorial donations may be made to Zusman Hospice, 1151 College Ave., Columbus 43209.

Joyce Simon, 90, passed away peacefully on Thursday, February 28, 2013. She was born and brought up in Bridgeport, CT July 16, 1922, daughter of Julius and Ida Smith, of Blessed Memory. Joyce graduated from Ohio St. University in 1944. She moved... View Obituary & Service Information

The family of Joyce S. Simon created this Life Tributes page to make it easy to share your memories.