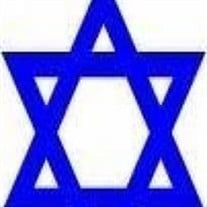 Howard Mabel, age 68, of Manitou Beach, MI, died Tuesday, January 15, 2013 in Toledo Hospital. Howard was born January 22nd, 1944, in Passaic, New Jersey. He earned a bachelor's degree from University of Toledo and a masters degree from Bowling Green State University. As he was known in the Toledo area, "Mister Mabel" could not go far in town without running into someone for whom he had helped find work, solve problems or stay in school. Howard was principal of Parkland High School, and at the time was the youngest person ever to hold that office in the Toledo public school system. He was a beloved coach and administrator at Toledo Start High School, where he served in various capacities, including Dean of Students, assistant principal, and advisor while creating an environment where teachers could teach and students could learn. He was inducted in the Start High School Hall of Fame in 2003. Howard was work experience coordinator at the Educational Service Center of Lake Erie West, and at Toledo area Partners In Careers. In these capacities he helped thousands of young people throughout Lucas County to gain summer employment. Survived by his loving wife of 46 years, Cheryl Mabel, daughters Leslie (Matthew) Marx and Shelley Mabel, brother Edward (Madeline) Mabel, and grandchildren Libby, Murray, and Evelyn Marx. Preceded in death by mother Hilda Blank Mabel, father Abraham Morris Mabel, and daughter Hyla Nadine Mabel. Howard graduated from Hasbrouck Heights High School in Hasbrouck Heights, N.J. Graveside service will be held at 10:30 a.m. on Friday, January 18th at NEW TIFERETH ISRAEL CEMETERY, 2565 Performance Parkway with Rabbi Michael Ungar officiating. Shiva observed following the service on Friday, Saturday from 6-9pm and Sunday evening services at 5:30pm at the home of Leslie and Matthew Marx. Contributions can be made to the Toledo Start High School Hall of Fame Scholarship Fund, Congregation Tifereth Israel in Columbus, or Etz Chayim Synagogue in Toledo.

The family of Howard Mabel created this Life Tributes page to make it easy to share your memories.