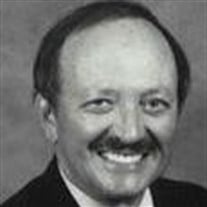 Gerald Howard Swedlow, aged 80, passed away on Tuesday, April 25th, 2017 at Zusman Hospice in Columbus, Ohio. His family was at his side. He was preceded in death by his parents, Morris and Anne Swedlow. He is survived by Judith Swedlow, his wife of 56 years, and their daughters, Tracy Swedlow (Richard Washbourne), Pamela (Scott) Gurwin and Deborah Swedlow (Barbara Brush). In addition, he leaves behind his brothers, Robert Swedlow (Carolyn Wilson) and David (Ruth) Swedlow; his grandchildren, Hannah Swedlow Washbourne and Michael and Joseph Gurwin; and many nieces and nephews. Gerry was born in Boston, MA, and later moved to Bexley, OH, where he attended Bexley schools. He then attended The Ohio State University, majoring in accounting, and The Ohio State University College of Law, where he received his Juris Doctorate in 1961. At that time, he was a contributor to the OSU Law Journal. Post-graduation, he was a founding partner in the Schottenstein, Garel, Swedlow & Zox law firm, where he practiced for 20 years. Later, he was the in-house attorney of the Glimcher Co., the senior partner at Swedlow, Butler & Levine, and finally a partner at Roetzel & Andress. He was a First Lieutenant in the Ohio Air National Guard, serving in France during the construction of the Berlin Wall. Gerry was a member of Congregation Tifereth Israel and served on its Board. He served as President of Winding Hollow Country Club and was a member of New Albany Country Club. In addition, he served as Chairman of the Bexley Planning Commission. Gerry also enjoyed many years of golf and playing cards with his friends. Throughout his adult years, Gerry and Judie enjoyed traveling worldwide. He was greatly admired and respected by family, colleagues and friends for his intellect and kindness. Funeral services will be held at 10:00am on Friday, April 28 at Congregation Tifereth Israel, 1354 E. Broad St. Interment will follow at New Tifereth Israel Cemetery, 2565 Performance Way. Shiva will be observed at the family residence on Sunday, April 30th and Monday, May 1st from 2:00–7:00 PM, with prayer services at 5:30 PM. In lieu of flowers, donations can be sent to the Solove Research Institute of the James Cancer Hospital, to Zusman Hospice, or to a charity of the donor’s choice.

Gerald Howard Swedlow, aged 80, passed away on Tuesday, April 25th, 2017 at Zusman Hospice in Columbus, Ohio. His family was at his side. He was preceded in death by his parents, Morris and Anne Swedlow. He is survived by Judith Swedlow, his... View Obituary & Service Information

The family of Gerald H. Swedlow created this Life Tributes page to make it easy to share your memories.