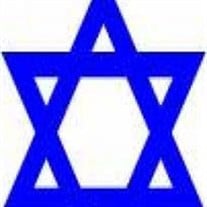 Edward Alexander “Alex” Shore, 88, passed away November 16, 2012. He was born January 5, 1925 in Prince Albert, Saskatchewan Province, Canada. After graduating high school at age 15, in July, 1940, he enlisted in the Canadian Army after England was attacked and declared war on Germany. He served as a member of the Queen’s Own Cameron Highlanders and saw action in WWII battles in Normandy, France, Belguim, and Holland. In his military service, he was wounded twice in hand to hand combat. Returning from the war, he joined his family who had resettled in Detroit, Michigan and began work as a deliveryman for Madison Hosiery Company. In the 1950’s, he and his wife of 58 years, Ernestine, adopted four young children in Lancaster, Ohio, raising and giving them greater opportunities and a loving family environment in which to grow. In 1965, he became a manager for Scharff’s, a specialty women’s apparel retailer. In 1966, he bought The Style Center in Cambridge, Ohio, and began a twenty plus year career as owner of that store and several other women’s apparel stores over the years in Cambridge (Linde’s) , Coshocton (Golden’s), Marietta, Mason, and New Philadelphia. On April 27, 1987, he sold The Style Center, his first and last women’s apparel store. After a few months of retirement he started working in sales for Cardinal Retirement Village, an assisted living community in Columbus. His business experience led him to become General Manager of their facility. He last managed the Woodlands, on East Broad Street, where he lived his last several years as a resident. Survivors include his wife, Ernestine and his four children, Suzi Harrington from Columbus, Marilyn Hunt from Antrim, NH, Ron (Darlene) Shore from Tiffin, OH, and Marcus (Rebecca) Shore, from Charlotte, NC. In addition, he is survived by 10 grandkids, and 4 great grandchildren. Graveside service will be held at 11:30am on Monday, November 19th at NEW TIFERETH ISRAEL CEMETERY, 2565 Performance Pkwy with Rabbi Harold Berman and Cantor Jack Chomsky officiating. Shiva will be observed at The Woodlands, 5380 E. Broad St. immediately following the service. In lieu of flowers, donations are preferred to Congregation Tifereth Israel - Rabbi or Cantor Discretionary Fund.

The family of E. Alex Shore created this Life Tributes page to make it easy to share your memories.