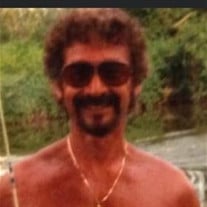 David Sinai of Columbus Ohio passed away on November 22nd 2019 at home with family by his side. He was born September 19, 1933 in Detroit Michigan. After High School, he enlisted in the United States Navy as a hospital Corpsmen attached to the Marines. He served in the Korean War and was a Navy Golden Gloves boxing champion. While in the Navy David met his wife of 63 years, Gloria (Rosen) Sinai. They settled in Columbus, Ohio where they raised their children. David was a, self-made man and was president of Phillips Oil Inc. of Ohio. David was a skilled handball player, gardening enthusiast and avid reader. His favorite place to spend time was at his second home on Buckeye Lake where he could be found most weekends surrounded by his family and friends. He also loved his winters at their home at The Villages in Florida. David was a comedian at heart and could find humor in even the most serious of times. He was witty, hardworking, and incredibly generous. David cherished his grandchildren who loved him beyond words. David was preceded in death by his parents, Phillip and Mollie (Robinson) Sinai, and infant son Howard Paul. He is survived by his wife, Gloria (Rosen) Sinai; children, Steven Sinai, Stephanie (Wayne) Jones, Kathryne Sinai and Eileen Carroll; grandchildren, Kendyl (Marshall) Skinner and Ben Sinai-Schembri, siblings, Delores Schuldinger (Shep), Sheldon Sinai (Corinne), Stuart (Carole Shaw) Sinai, as well as many nieces, nephews, extended family members, friends, and 4 legged children, Kitty Jew(el) and Clyde. Special thanks to his caregivers, Linda, Kelly, Harold, Chelsea, Mel, and Uriel. Funeral services will be held at 1:30pm on Monday, November 25 at Epstein Memorial Chapel, 3232 E. Main St. Burial will follow at New Tifereth Israel Cemetery. Shiva will be observed at the home of Stephanie and Wayne Jones on Monday after the service and Tuesday from 5-8pm. In lieu of flowers, memorial contributions may be made to National Church Residence Hospice at www.nationalchurchresidence.org or 2335 Northbank Drive, Columbus, Ohio 43220

David Sinai of Columbus Ohio passed away on November 22nd 2019 at home with family by his side. He was born September 19, 1933 in Detroit Michigan. After High School, he enlisted in the United States Navy as a hospital Corpsmen attached to the... View Obituary & Service Information

The family of David Sinai created this Life Tributes page to make it easy to share your memories.

David Sinai of Columbus Ohio passed away on November 22nd 2019...