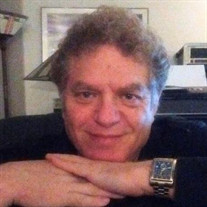 The Columbus, Ohio music community lost one of its most talented, prolific and cherished members when singer/songwriter, producer and studio owner Dan Green died unexpectedly in the early hours of December 28, the day he was to turn 71. Dan had been part of the Central Ohio music scene for nearly 50 years, first as a performer and recording artist, and later as the owner of Amerisound Studios located in Hilliard, where he served as producer for scores of artists whose work spanned the full range of genres, from classical, rock, folk, country and blues to jazz, gospel, hip hop and rap. A native of Youngstown, Ohio, Dan was born December 28, 1950, to the late Eugene and Tomar Green. He came to Columbus in 1968 to attend The Ohio State University, graduating in 1972 with a bachelor’s degree in Telecommunications. Performing and touring with the Dan Green Band in the ‘70s, Dan was an audience favorite at a wide variety of clubs and restaurants. In 1976 he released his first album, “Shades of Green,” which showcased his songwriting abilities as well as his expressive baritone voice. In 1979 Dan met a lovely young singer/songwriter from Chicago named Sally Fingerett, whom he married just 4 months later. Dan and Sally became not only partners in marriage, music, and business; they also became parents. In 1986, their daughter Elizabeth Julian, better known as EJ, was born. With Dan working as a studio music engineer, Sally enlisted him to produce the first recording of her touring musical-comedy-theatre-group, The Four Bitchin’ Babes. He remained their primary producer and engineer for six of their nine CD projects spanning 33 years. And although the couple’s marriage ended in 1998, they remained close out of devotion to their daughter, and a mutual respect for each other’s talents. Though Dan made his livelihood composing music for films (The Second Degree, A Star for Jeremy) and over 100 jingles for TV and radio commercials, (Wendy’s, White Castle, The Basement Doctor, and auto dealer Ricart Motors) it was his original songs that were often full of emotion and meaning. Songs such as “September Morn,” about the terrorist attacks of 9/11, one of 12 songs included in the Broadway revue “9/11: The Musical Response.” In 2001, Dan released his solo project “The Path.” This collection of original songs serves as a tribute to life, loss, and love with heartfelt lyrics, luscious melodies, and Dan’s signature production. But Dan wasn’t one to limit his creativity to his own art. Over the years, he worked in the studio with hundreds of other musicians, from seasoned professionals to new artists with dreams, to help them achieve their best possible performance. Adept at guitar and piano, he frequently added a fill line or clever lick to help make a track more complete, sometimes at no charge. He was instrumental (he’d love that pun) in organizing, producing and giving free recording time to several social justice fundraising songs too numerous to include here. A trained actor and voice/over talent, he had just recently completed his first “audible book” project. Dan not only narrated the book “Crosley” (available from Amazon), but also engineered and produced the audio track, adding sound effects and original music. In addition to his skills and talents in his studio, he will also be remembered for his glorious sense of humor. One of his many passions was “riffing comedy improv” with friends, or with family as his alter ego “Rabbi Kalman Achemiod.” He was a generous and inclusive musician, turning an ordinary party into a rollicking sing along jam session where even the shy ones in the corner would come to life under his beautiful spirit. But mainly, his joy and bliss were found in spending time with his daughter. His pride was boundless, as he passed on his love of nature and fishing, from coastal waters to the quiet fields and vegetable gardens of Ohio. After her vaccinations, EJ was able to visit her father for a fishing expedition on Alum Creek where he saw her bait a hook, by herself. At least twice. Dan’s sudden death came as a shock to the community. Tributes and notes of condolence quickly flooded his Facebook page. The messages came from friends, fellow musicians, clients, people of many races and backgrounds. They all expressed a deep sense of loss and profound appreciation. Their posts described a man whose gifts went far beyond his musical talents and achievements. They portrayed Dan as a man blessed with a strong sense of humanity, compassion, and altruism, who cared deeply for others and wanted to leave the world a better place than he found it. This is something that most everyone who knew him, would say he did. Dan is survived by his daughter Elizabeth Julian Green, of San Francisco, brother Dr. David & Dr. Carolyn Green of California, Susan and Dr. Max Malkoff of Youngstown, beloved nieces and nephews Keith, Kim, Alexandra, Chloe, Pam, Amy, and David. Dan was a treasure and will be remembered, spoken kindly of, and missed for years to come. Services for Dan will be scheduled at a later time.

The Columbus, Ohio music community lost one of its most talented, prolific and cherished members when singer/songwriter, producer and studio owner Dan Green died unexpectedly in the early hours of December 28, the day he was to turn 71. Dan... View Obituary & Service Information

The family of Daniel Louis Green created this Life Tributes page to make it easy to share your memories.

The Columbus, Ohio music community lost one of its most talented,...