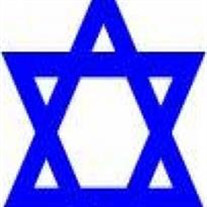 Alvin “Bubbie” Solove, born May 22, 1921, in Columbus, died November 21, 2010. Alvin graduated from Columbus East High School and attended The Ohio State University, leaving school to enlist in the Army Medical Corps at the outset of World War II. On November 26, 1943, he married the love of his life, Caryl Dorman Solove. Honorably discharged at the end of the war as a Staff Sergeant, he returned to Columbus and employment with his father-in-law, Barney Dorman, at Barney & White Auto Parts, Co. During his service, Alvin became active in the Masons, achieving the position of a 32nd Degree Mason and membership in the Kosair Temple of the Shrine. Alvin became a partner and then President of Barney & White, which he built into one of the principle rebuilders of automatic transmission and distributors of transmission parts in the country. He was elected President of the Automotive Parts Rebuilders Association of America and conferred with President Gerald Ford in that capacity. Alvin was extremely active in the Jewish community in Columbus, serving as President of the Columbus Hebrew School and as an officer with the Jewish War Veterans, during which period he was responsible for the establishment of a permanent memorial to Jewish veterans from Columbus. His and Caryl’s particular love was for Congregation Tifereth Israel, which he served as President and as a leader for over 50 years. Alvin was predeceased by his parents, Jerome and Rae Solove, and his sisters Florence and Bernice. He is survived by his beloved wife Caryl, his brother Richard, his sons Ronald (Donna) Solove, Larry Solove, Jeffrey (Phyllis) Solove, and daughter Jill (Richard) Herman. He is remembered with love by 10 grandchildren, David (Sarah) Solove, Adam (Sandra) Solove, Benjamin Solove, Daniel (Kimberly) Solove, Carly Herman, Halle Herman, Emily Herman, Jason Solove, Jon Solove, Rachel (Billy) Murray, 11 great-grandchildren, many beloved nephews and nieces, and his multitude of friends. He was a genuinely nice guy. Funeral services will be held at 11AM on Wednesday, November 24, 2010 at EPSTEIN MEMORIAL CHAPEL, 3232 E. Main St. with Rabbi Harold Berman and Cantor Jack Chomsky officiating. Interment will follow at the New Tifereth Israel Cemetery. Shiva will be observed at the home of Richard and Jill Herman. In lieu of flowers, the family suggests that those wishing to remember Alvin contribute to Congregation Tifereth Israel, Wexner Heritage House, or the charity of their choice

The family of Alvin Solove created this Life Tributes page to make it easy to share your memories.